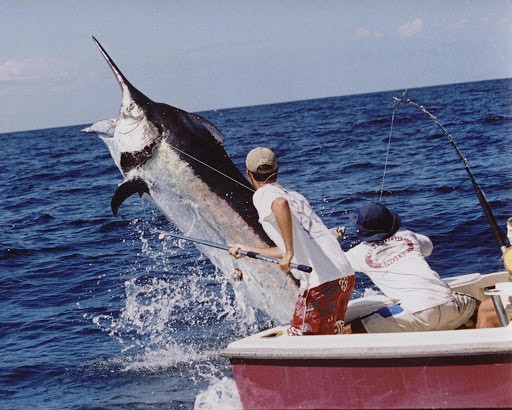 In 1951, Hemingway penned The Old Man and the Sea. The story’s protagonist, an old fisherman named Santiago, had gone 84 days without catching a fish. Undeterred, he set off in his skiff on a solo journey and hooked an 18-foot marlin weighing an estimated 1,500 pounds. Santiago fought the fish for days and when he finally harpooned it, he could not land it in his little boat. He lashed the monster marlin to the boat and during his journey home, sharks repeatedly hit and shredded the carcass. Despite this, Santiago had broken his unlucky streak and was content to fish again. Hemingway wrote that “man is not made for defeat…A man can be destroyed but not defeated.”

Today, we are engaged in an epic and lonely battle with a monster pandemic and its marauding attempt to destroy human life, crush our spirit and eviscerate our livelihood. Much like Santiago’s battle with the marlin and the predatory sharks. Indeed, exactly 84 days have transpired since the World Health Organization declared COVID-19 a pandemic, matching Santiago’s fish-less 84-day stretch.

Was Santiago an endurance athlete? Ultra-marathoner Scott Jurek often ended his emails with a quote from American psychologist and philosopher William James: “Beyond the very extreme of fatigue and distress, we may find amounts of ease and power we never dreamed ourselves to own; sources of strength never taxed at all because we never pushed through the obstruction.” Santiago certainly found sources of strength to conquer the marlin, one of the fastest and biggest fish in the world’s oceans.

History has shown that when faced with certain destruction, Americans have conquered the marlin, neither surrendering nor succumbing to defeat, whether in war, sports or personal travails. If life could be explained away with either scientific or engineering principles (or both), perhaps a root cause analysis would provide the answer. But it cannot be so easily explained.

Hemingway, in living color, each illustrative of society and individuals conquering the marlin:

The slow ascent to “normalcy” via phased reopening has begun, with many returning to work and soon, places of worship. Restaurants are serving outside and people are engaging more deeply with their fellow man. Beaches and parks have reopened, Nascar is running and more professional sports loom on the horizon.

Hemingway. “Man is not made for defeat…A man can be destroyed but not defeated.”

Perhaps there’s a little endurance athlete in all of us. Finding sources of strength in the unlikeliest of places. Like Clapp, Strug and Tillman. Like Santiago.

Will you push through the obstruction to conquer the marlin?